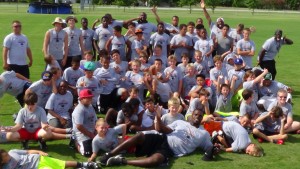 Transitioning out of the NFL was very difficult. My first year out the league was tough because I was still in limbo, I had to wait and wonder if teams wanted to sign me or not. Two years with no phone calls, I closed the door and started working on other aspirations of mine, such as athletic training. I have always had a knack for hard work, and that included a ton of training. Often at the University of Texas and in the NFL my teammates would ask me to take them through my workouts in the off-season. Instead of making it a hobby or an off-season thing, I realized I could transition from the NFL and still do what I love to do while making a living. In 2014 I started a business called Nuclear Athletes (www.nuclearathletes.com). Now, I am at so much peace because I feel like I am really making a difference in life. I am truly doing what I was put on this earth to, which is serve, mold, and love others. Plus, setting your own hours to work is the best part of being a CEO. 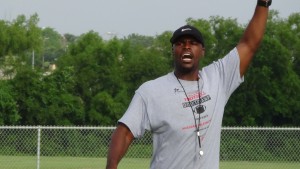 If I wouldn’t have taken care of my finances and saved money, I would not have had the opportunity to do what I wanted to
do after football. Often, young athletes think that once you
make it into the NFL that you are set for life, and that is
just not true. Even if you are one of those very few,
football does not last that long. Many players retire after 3
and 1/2 years around the age of 26. My friends, you have
many, many more years to live after 26. Sadly, many young
professional athletes only live in the now. Some only think
about making money just to go buy things, instead of
creating cash flow or saving it. I will finish with a little
question that I would always ask the younger guys on the
team. This question can fit for anyone in any job related
field. Would you rather be balling (in the form of money)
while you are playing (working), or would you rather be
balling when you are done playing (retired)? I never dreamed
of making it to the top in my profession and it happened. The same can happen to you. Make the right choices now before
you are put in that situation.

Free Food Give Away